They looked interesting, but it just made SO MANY. I thought they’d be better made from scratch as did everyone else and their brother. I also thought they might work baked in muffin tins. Today while I was at a Big Box Store I saw “snack size” mixes and thought I could give a small batch a try. 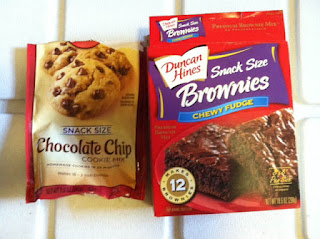 
These were baked for about 15 minutes. Make sure you DO NOT over-bake them. The brownie should be gooey, and the cookie on the bottom will still be soft. 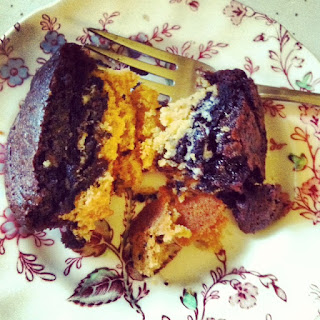 I thought they were good. Not ZOMG AWESOME TO DIE FOR BEST THING EVAR! Personally, I found them to be neither fish, nor fowl, nor good red meat (metaphorically speaking). I’d rather have Toll House Cookies (made from the 1930’s recipe, thank-you-very-much) or chewy gooey brownies on their own. I don’t see that the Oreo adds much … but the snack-sized mixes make a reasonable amount, the cupcake liners are good portion control, and they will take care of that craving for sweets you’ve got.