While getting ready for our first event of the season (another post for another day), one of our members, who portrays a civilian following the army, asked if we could run a bayonet through a piece of shirt linen so she’d have a example of the kind of mending that she might be doing in camp. A chance to pull out the pointy bits? Sure thing! Even better if we put a hunk of meat behind the linen to … well you can probably figure that part out yourself. 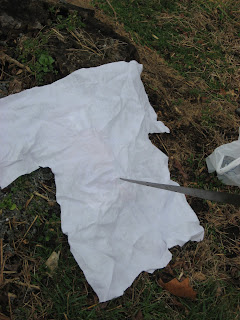 A piece of shirt-weight linen was dug up, an inexpensive roast was acquired in the name of science, and my British reproduction bayonet was affixed to the end of my lovely reproduction Spanish musket. The roast was place on a mostly rotted stump, and stabbity! 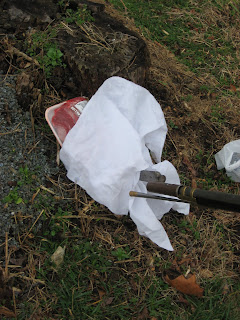 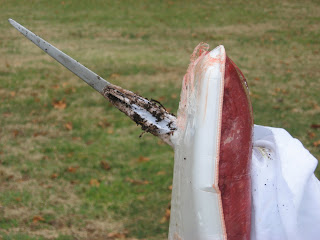 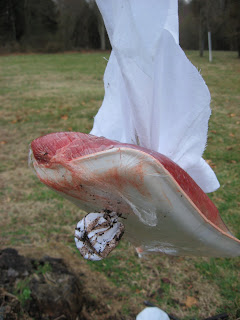 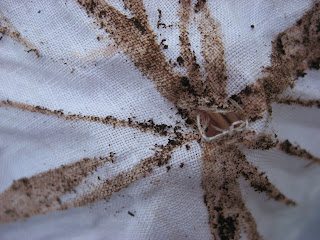 Okay. Time to crank it up to the next level. What were the chances of someone getting bayoneted in his sleep when all he was wearing was a shirt? It was much more likely that one would get run through on the battlefield. So I dug into my giant tub of scraps and pulled out piece of wool left over from making a regimental, some linen lining fabric, wool flannel used for a waistcoat, more linen lining fabric, and shirt-weight linen. I stitched around the outside to hold the layers in place and viola! A cross-section of clothing. 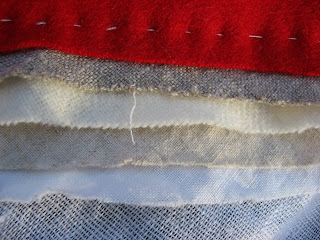 It was duly stabbed. Notice how the fabric was also shoved into the roast when it hit the tree stump. The British bayonet, being a reproduction and not properly heat treated, bent. Time for the Spanish bayonet. It had a much smaller diameter – about as big around as my finger, and was rounded instead of having three sides. After about three stabs, it also being a reproduction (and not properly tempered), snapped. It left an even smaller hole. 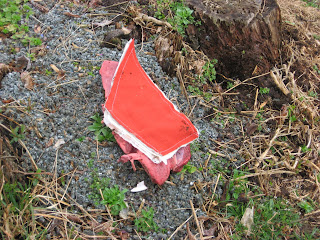 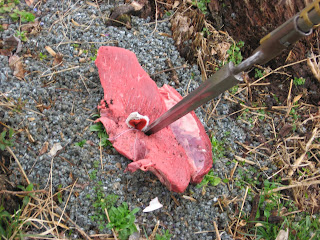 This is the British bayonet.
But then, if you’re being bayoneted, the guy on the other end of the pointy bit is probably under the influence of a wee bit of adrenaline, and you will meet your end as the result of being folded, spindled and mutilated. The true power of the bayonet is that people don't tend to stick around to get stuck. That's how the Brits managed to break to Continental line often early in the war - it's a terror weapon. The 18th century Spanish musket drill even has a step where your brandish your shiny, pointy bayonet at the enemy before affixing it to the end of your musket. 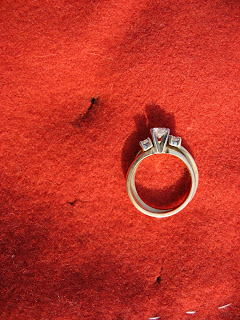 Three bayonet holes - one from the British bayonet, and two from the Spanish. 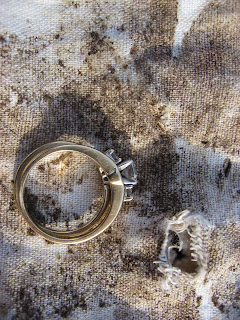 Next step? Why shoot a lead ball through it, of course! 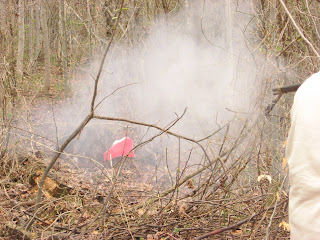 About .65 caliber. Unlike the bayonet holes, notice the difference between the entry and exit openings. 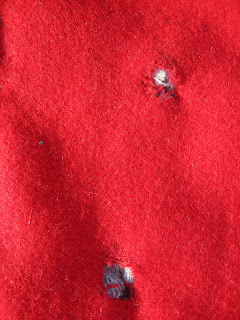 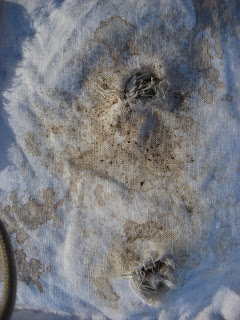 See how the fabric is frayed? Guess where all that fabric ended up? That’s right. In the wound. It was believed that the resulting infection was there in part to clean the foreign objects out of the wound. When that didn’t go as planned, amputation was the next step. No pre-op medication because the only thing that would take away the pain would also take away your ability to breathe, and alcohol makes you bleed faster, the only option was speed. An average of 3 – 5 minutes from slice to thump. And no. No hot pitch applied to the stump. What are you, a savage? A torso wound? Sucks to be you.
Posted by Nancy R. at 10:36 PM