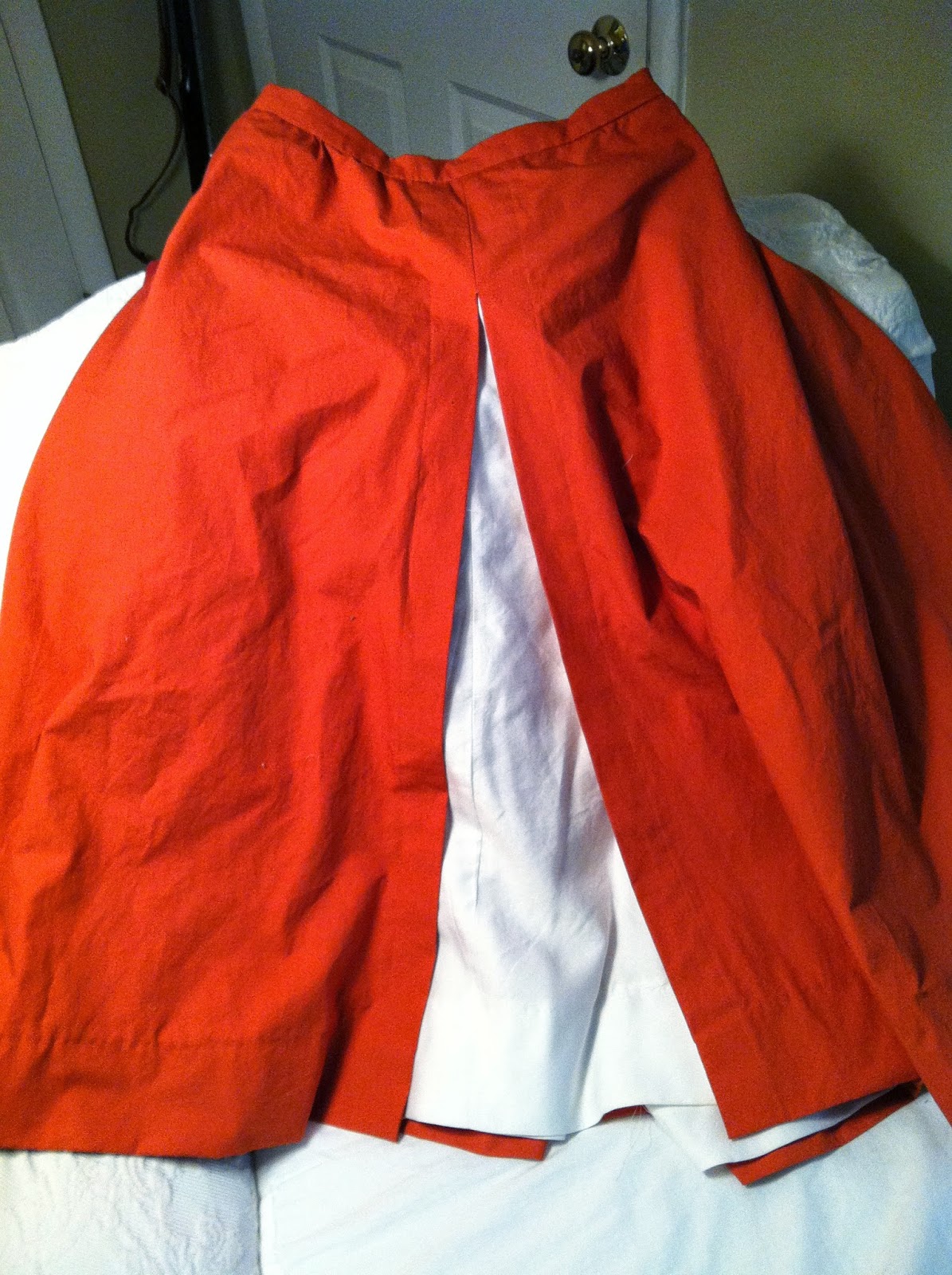 The skirts ... yeah. I forgot to remove the extra 4" from the waist and ended up with 4" of overlap in the back. It looks fine, and I talked myself out of taking it all apart and re-cutting it. I wish I'd gone with a lighter weight fabric (a drawback of ordering online is not knowing exactly what you're getting), but Sweet Daughter is happy with it, and it works. 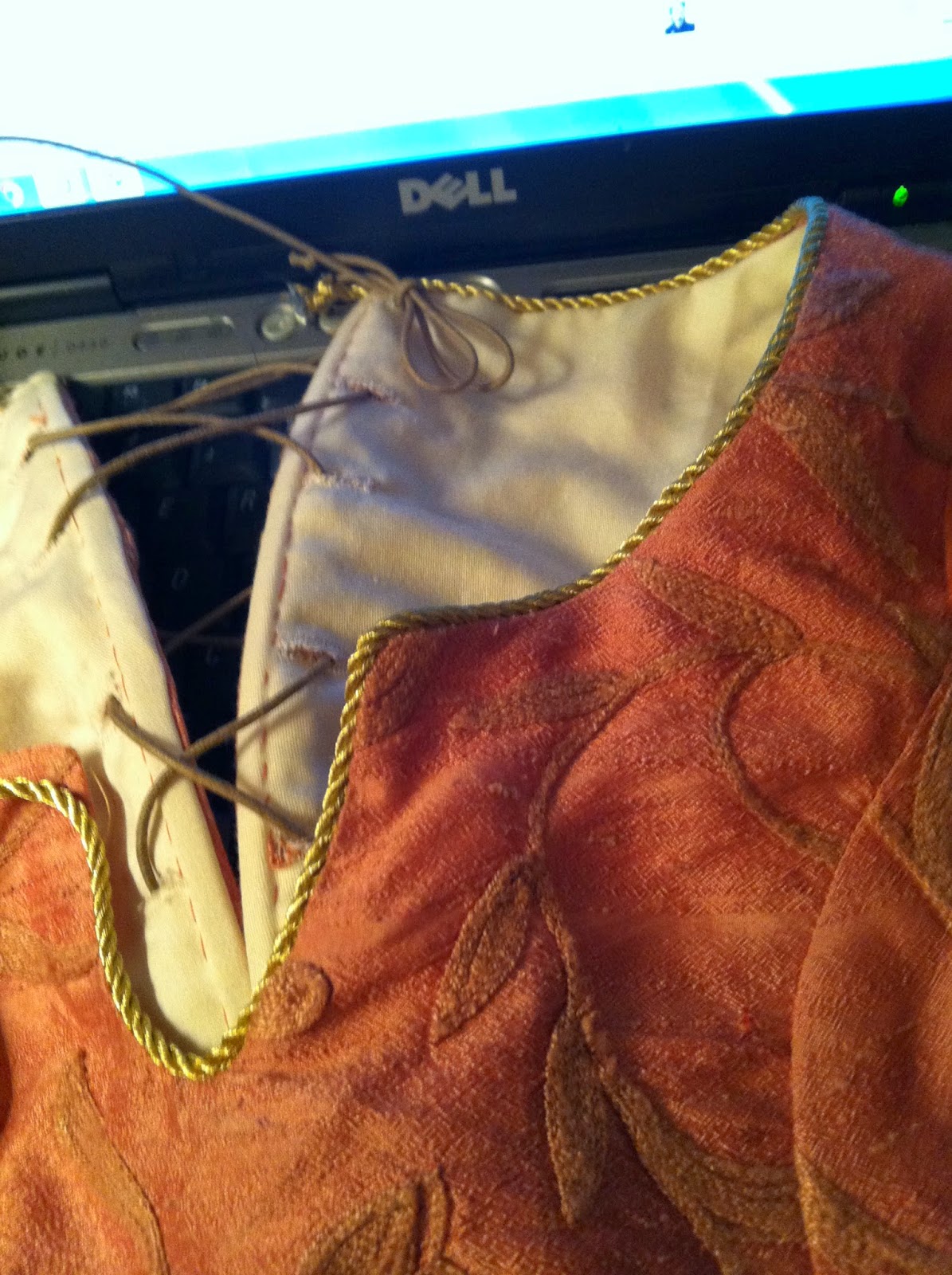 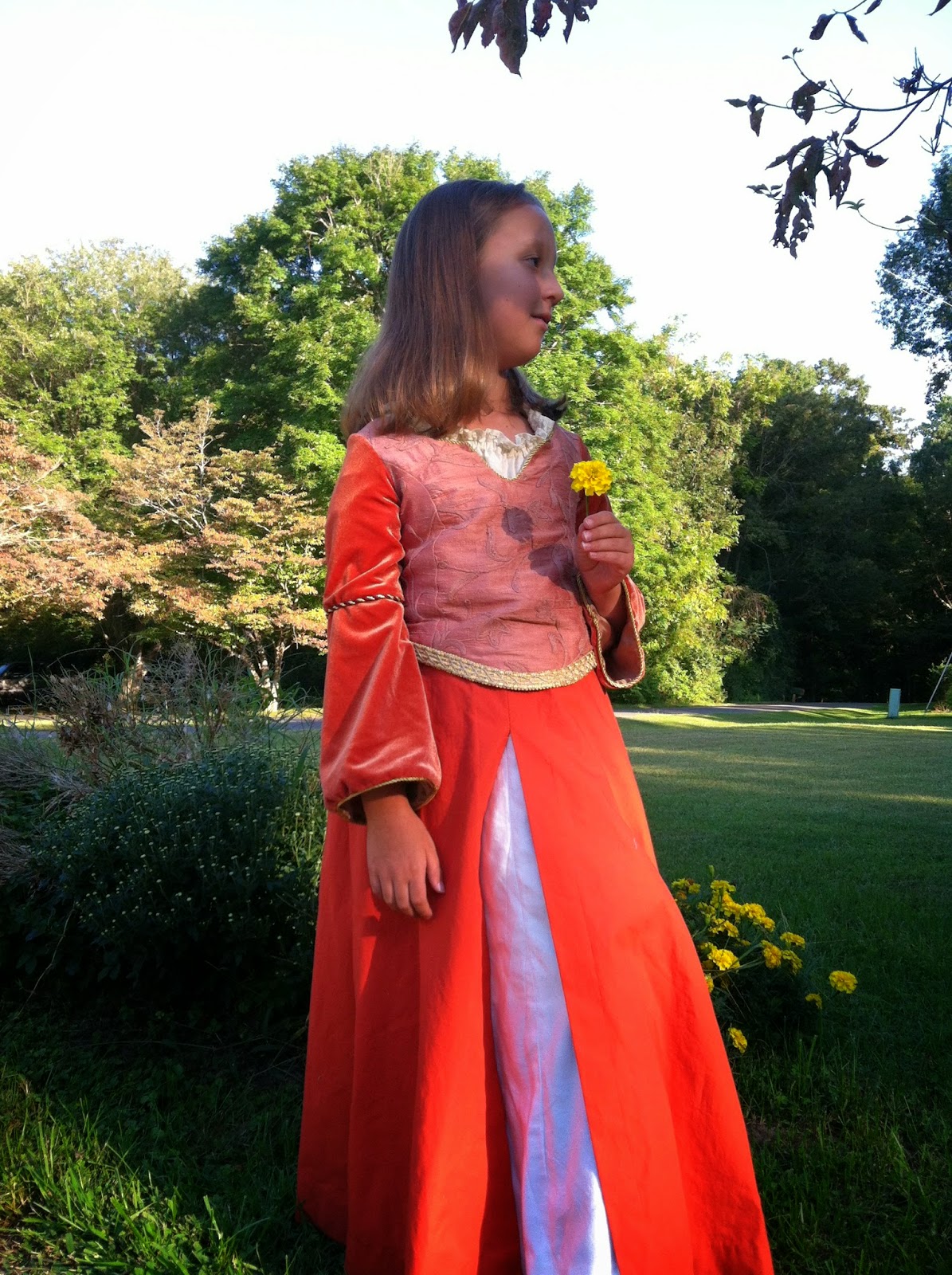 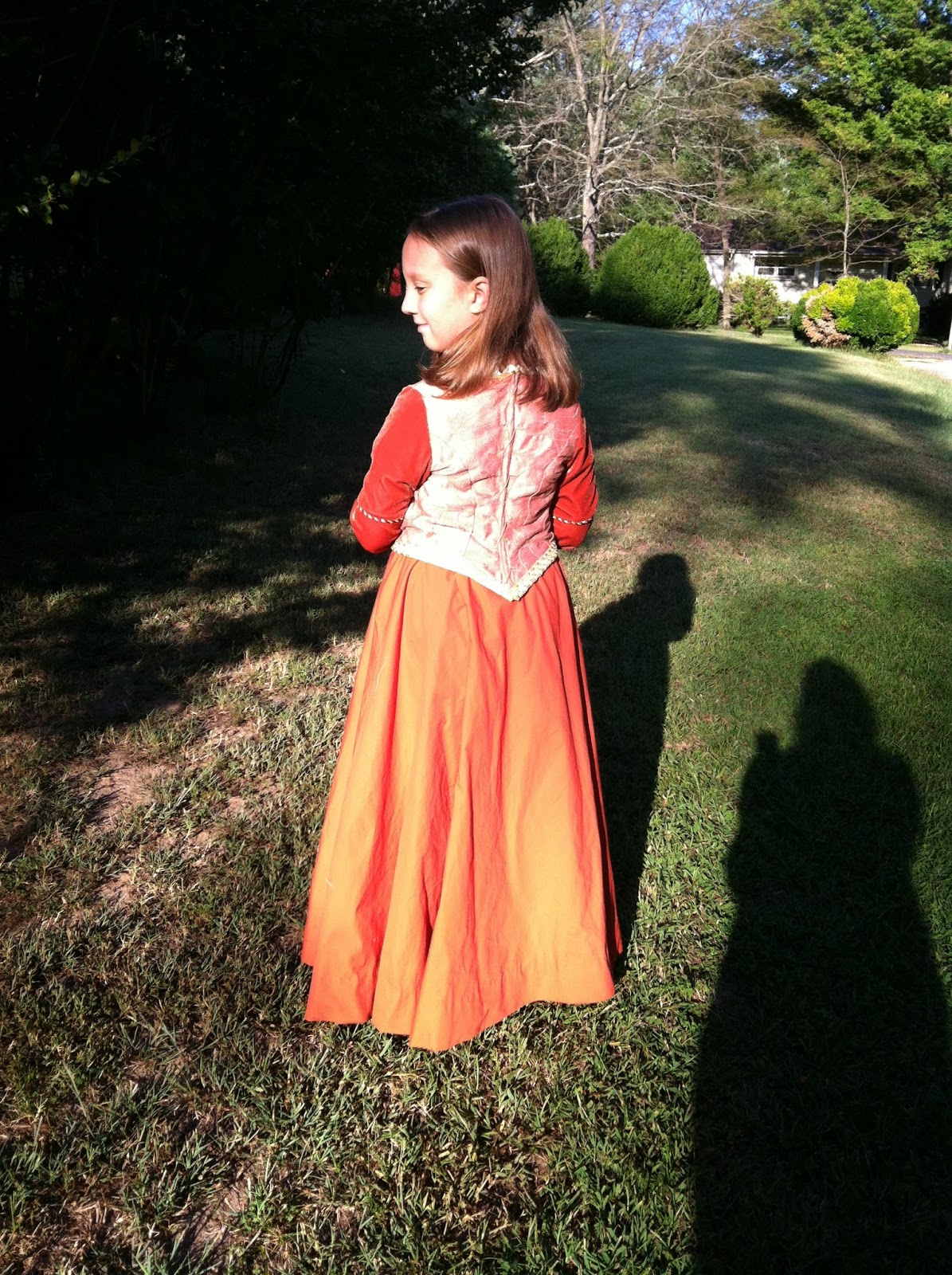 And then I got to learn to work with Naugahyde. It wasn't as awful as I thought. We made a belt (buckle courtesy of a 75 cent thrift store belt), a sheath for her wooden dagger and a pouch. 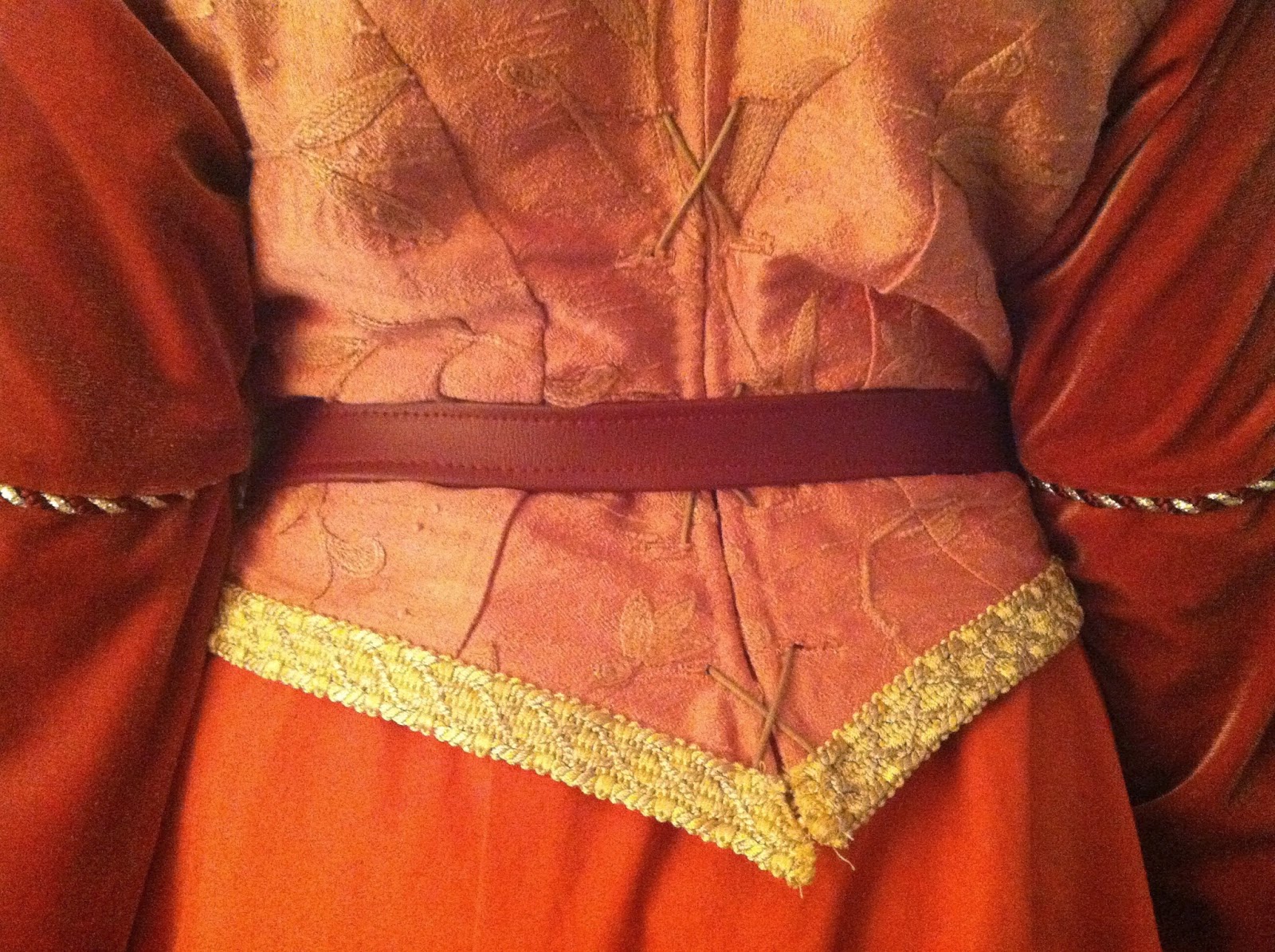 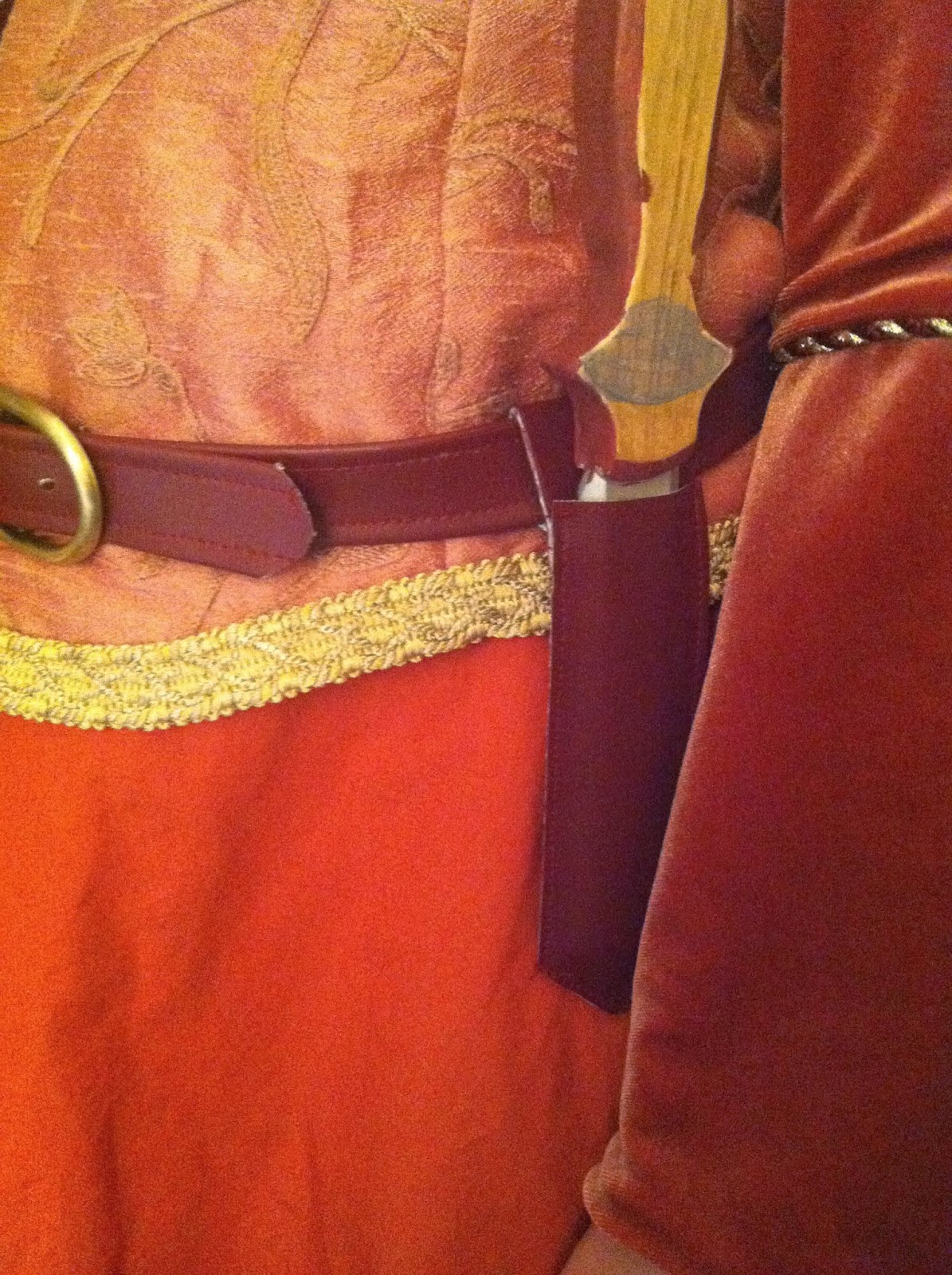 We're going to the Renaissance Faire tomorrow. Did I mention Sweet Daughter wanted me in garb, too? Yeah. That's a story for another day. But they're just costumes ...

I don't know what to call it ... Shift? Chemise? Shirt? Shirt is probably closest, as it's rather ... abbreviated.

The fabric we found in the slightly greenish color we wanted (it very quietly sets off the dark orange very nicely) was in rather short supply. There was maybe a yard and a quarter or so, but we grabbed it, and I figured I could always piece some muslin or something onto the bottom where it wouldn't show.

I scaled down the pattern I'd used for my camicia (Italian shift) and realized we were still short fabric. So instead of folding the fabric length-wise, I folded it width-wise. This is a pattern with raglan sleeves (the sleeves and shift front where the sleeves attach are cut at an angle, instead of more fitted, set-in sleeves) and I planned to use the finished selvedge edge of the fabric around the neckline opening.

After washing and drying, I had about 42" of width (turned sideways, so now it was length) to work with. I cut the body 30" long, and the sleeves 12" long, figuring they'd be hidden under the velvet sleeves anyway. I carefully folded the sleeve portion over twice, so I could cut both sleeves at once and guess what? Bad news: I cut from the wrong folded edge. Good news: I stopped when I realized what I was doing. 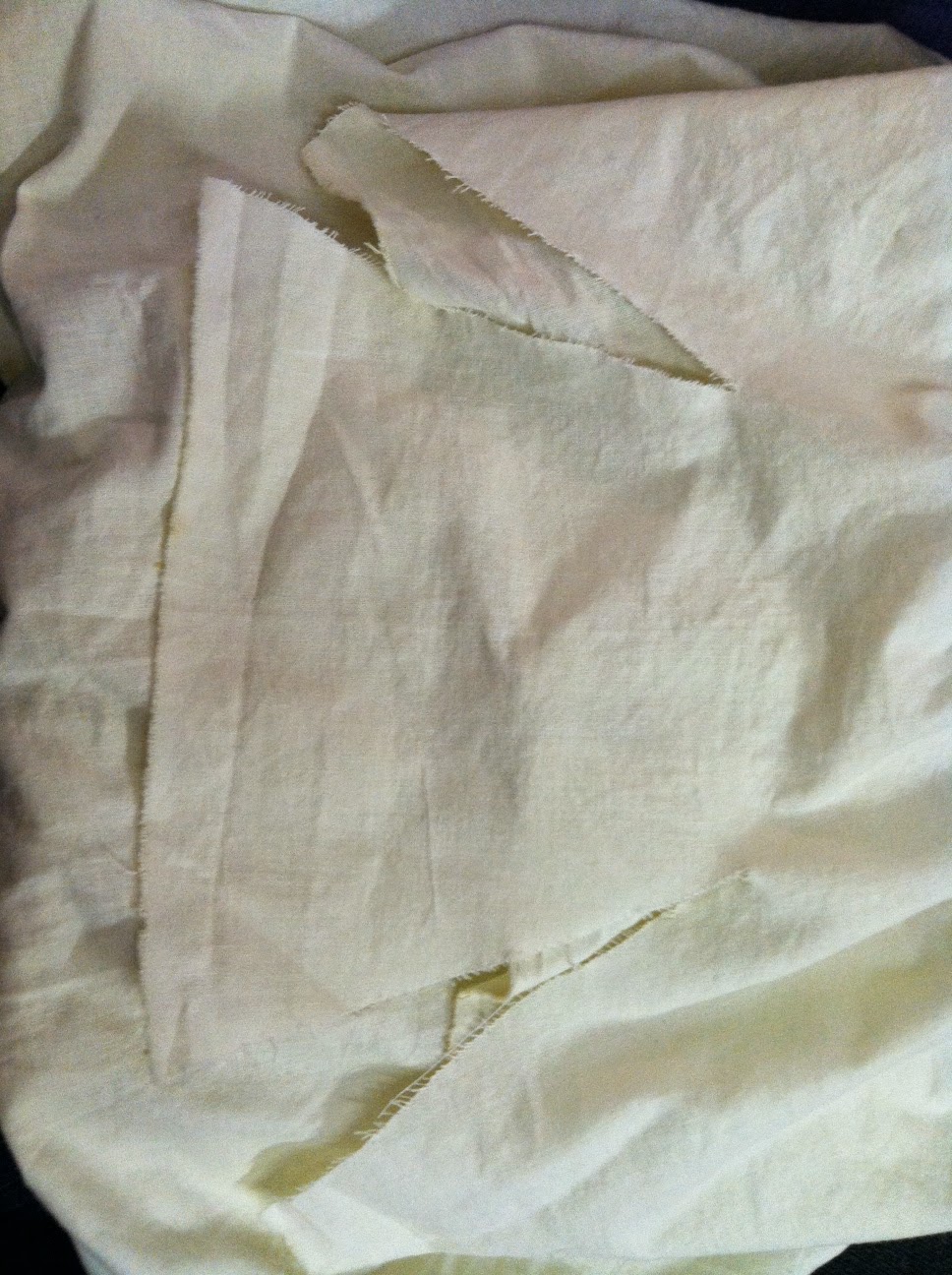 I had to flip the sleeve around so the mis-cut armhole was now on the hem edge, and I could cut the armhole correctly. That part about the finished edge forming the neckline was right out the window and I didn't have any matching thread, so I improvised. The undergarment in the movie has a very subtle X pattern embroidered around the edge, IIRC. Instead, I turned the edge over and used an embroidery stitch over the raw edge in a slightly darker shade of green. 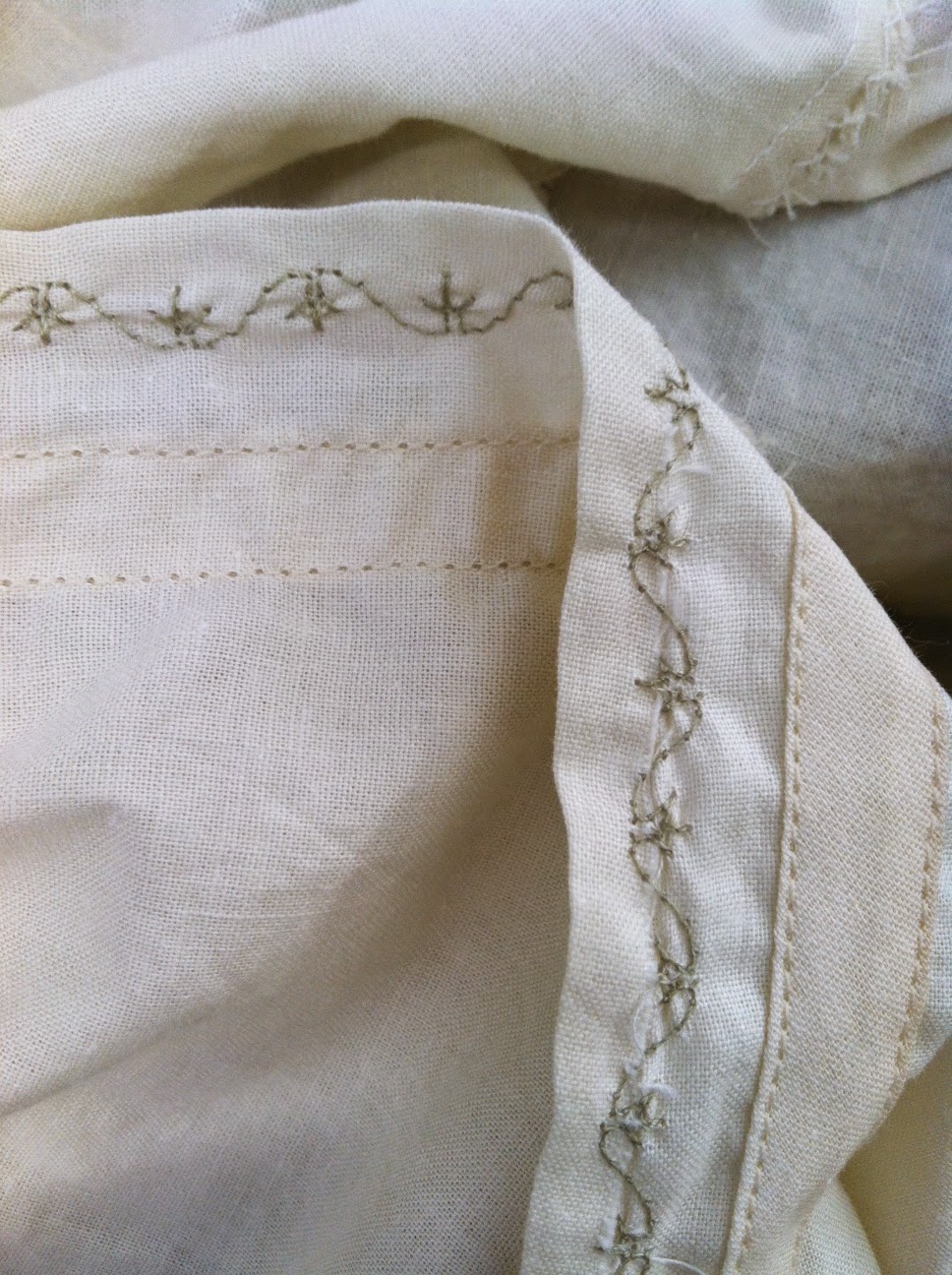 The outside edge is visible on the left, the inside portion is the vertical part on the right. The ivory-colored tape is the casing for the ... elastic. Yes, ELASTIC. Not a drawstring. Get over it.

The next step, was to fix the armhole cuts in the sleeves. I simply took wedges out, removed some of the fullness and called it a day. 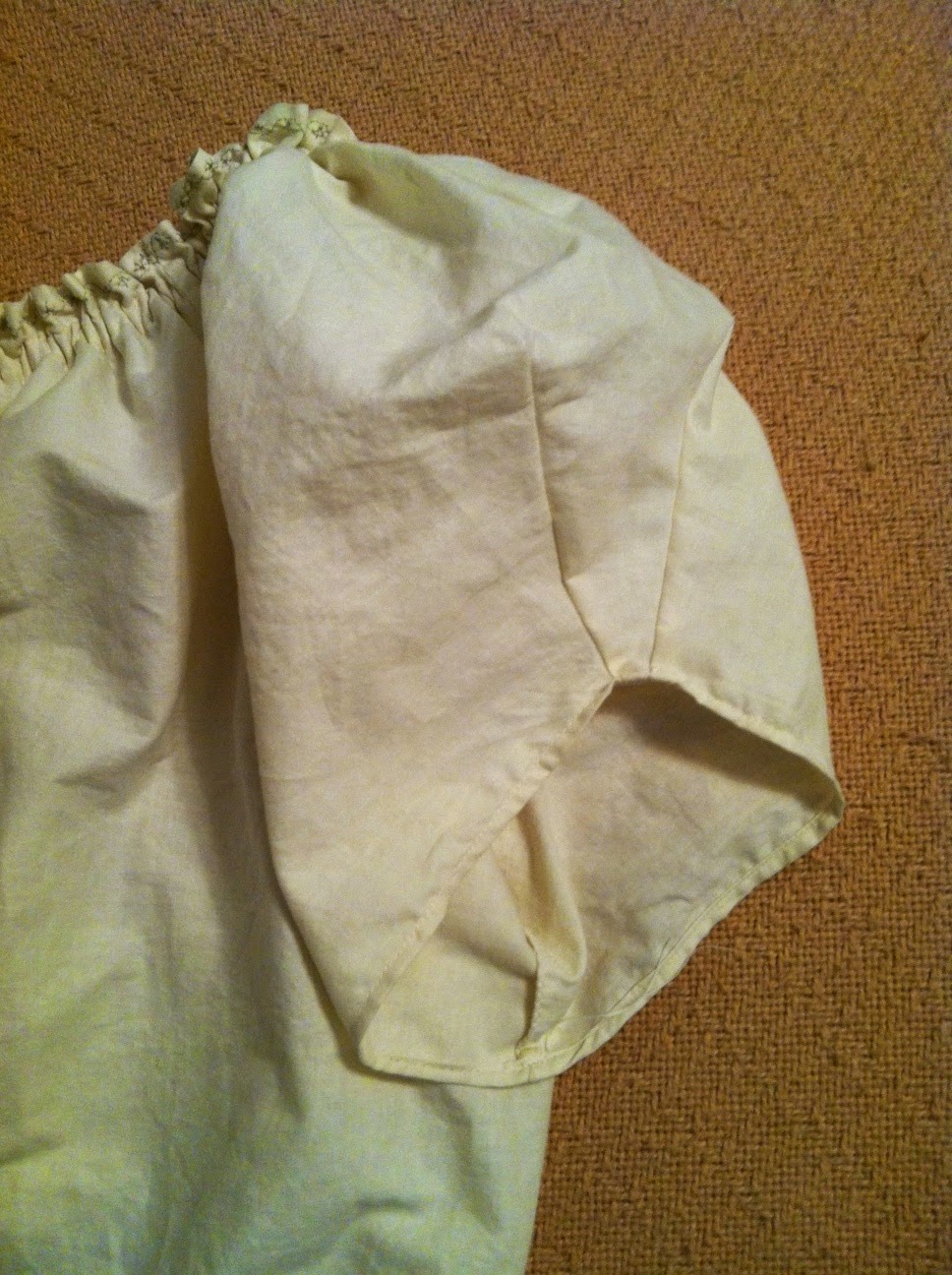 The finished garment is long enough to come down to mid-thigh, and the sleeves won't show under the finished bodice. 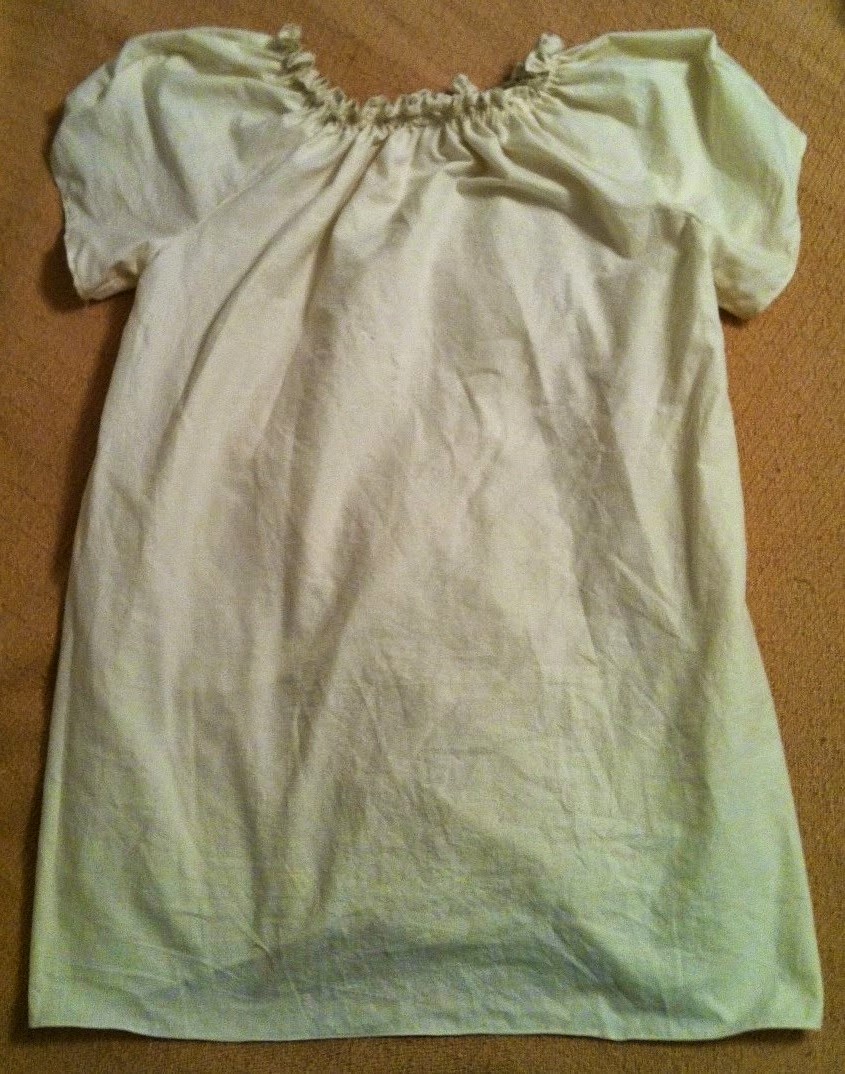 It's a little more full around the neck than I'd like -- I should have cut it on an A-line, but lesson learned. The only bit that's going to show is the ruffle around the neckline of the bodice, anyway. It's just a costume, remember?
Posted by Nancy R. at 8:51 PM 1 comment: Links to this post

The fabric for the Lucy dress mostly came online from Fashion Fabrics Club. (And I paid for every last inch of it, including the hefty shipping fees. Fabric is heavy.) I went with them, honestly, because they had the dark orange velvet for the sleeves, and when I started poking around they had most of everything else, as well. 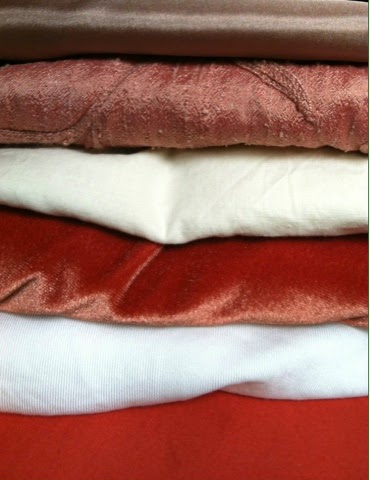 Starting from the top ... sleeve lining from Joanne's. This is visible here: 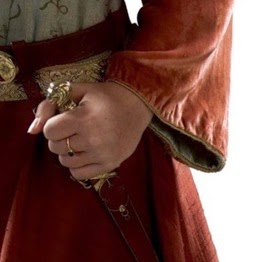 Next ... the bodice fabric. We went round and round on this one. 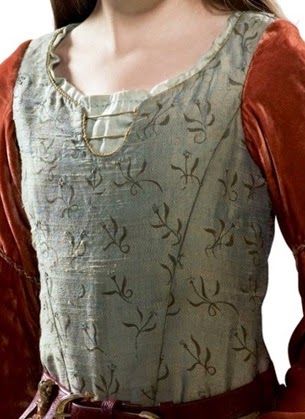 This really looks like an unbleached linen with a print on it to me. I couldn't find anything like this. I looked for printed linen, embroidered linen ... I even thought about trying to print or embroider it myself, but I had a brief flash of sanity and dismissed the ideas. I could have gone with the plain, unbleached linen, but FFC had and embroidered silk on sale for less than what the linen cost, so we went with that. It was a bit of a crap shoot, as the picture looked like the unbleached linen, but the description said "copper", but it looks like it will work out just fine.

The white is a cotton/rayon twill for the underskirt. 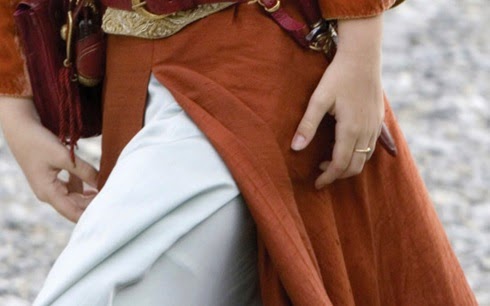 The velvet is for the sleeves, obviously, and I had forgotten just how much I HATE working with synthetic stretch fabrics. I was very creative with my vocabulary there for a bit.

Next up is the shift/chemise/undershirt whatever-you-want-to-call-it fabric. You'll notice in the bodice picture it's a sort of greenish color, and has a very subtle embroidery design around the neckline. We picked up a piece of quilting cotton, again at Joanne's, and had to get rather creative on cutting it out. More on that later ...

And, at the bottom of the pile, is the dark orange twill overskirt fabric. Close inspection of the photo indicates that it's a silk dupioni to me, but I couldn't find any the right color. And the cotton was much, much cheaper. Heavier, too, but that was a compromise between availability, cost and how the final product would drape.

Besides, it's just a costume, right?

The Lucy Dress - making the pattern

So, if you look at the picture of the Lucy dress, you'll notice princess seams through the bodice, and four panel skirts. The sleeves are fitted at the top, with a bell on the bottom section. I had to decide if I was in "artistic" mode - like when I made the white cross-barred muslin dress and just sort of winged it, or if I was in "math" mode and needed a known starting place. When I thought of the set-in sleeves, I opted for "math" mode. 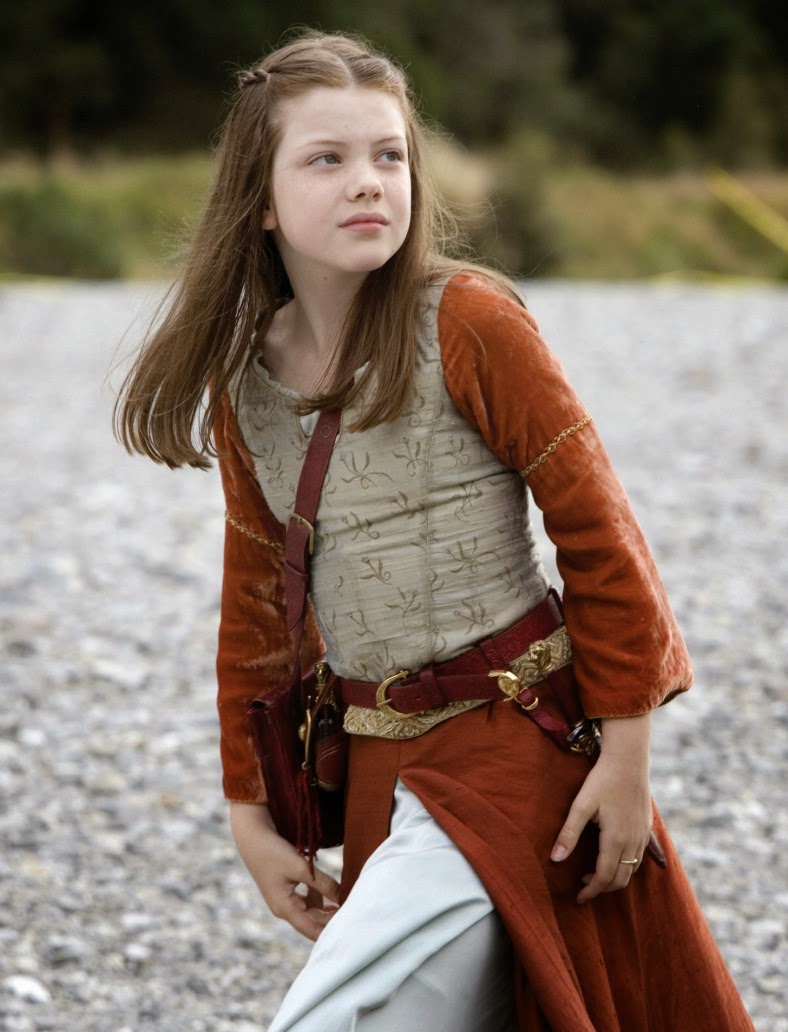 Apparently people don't sew clothes for pre-teens to wear anymore, judging by the dearth of patterns. I ended up with the only thing we could find that was close. And it was in a woman's size. Definitely not designed for a 9-year-old, but it was a starting point. 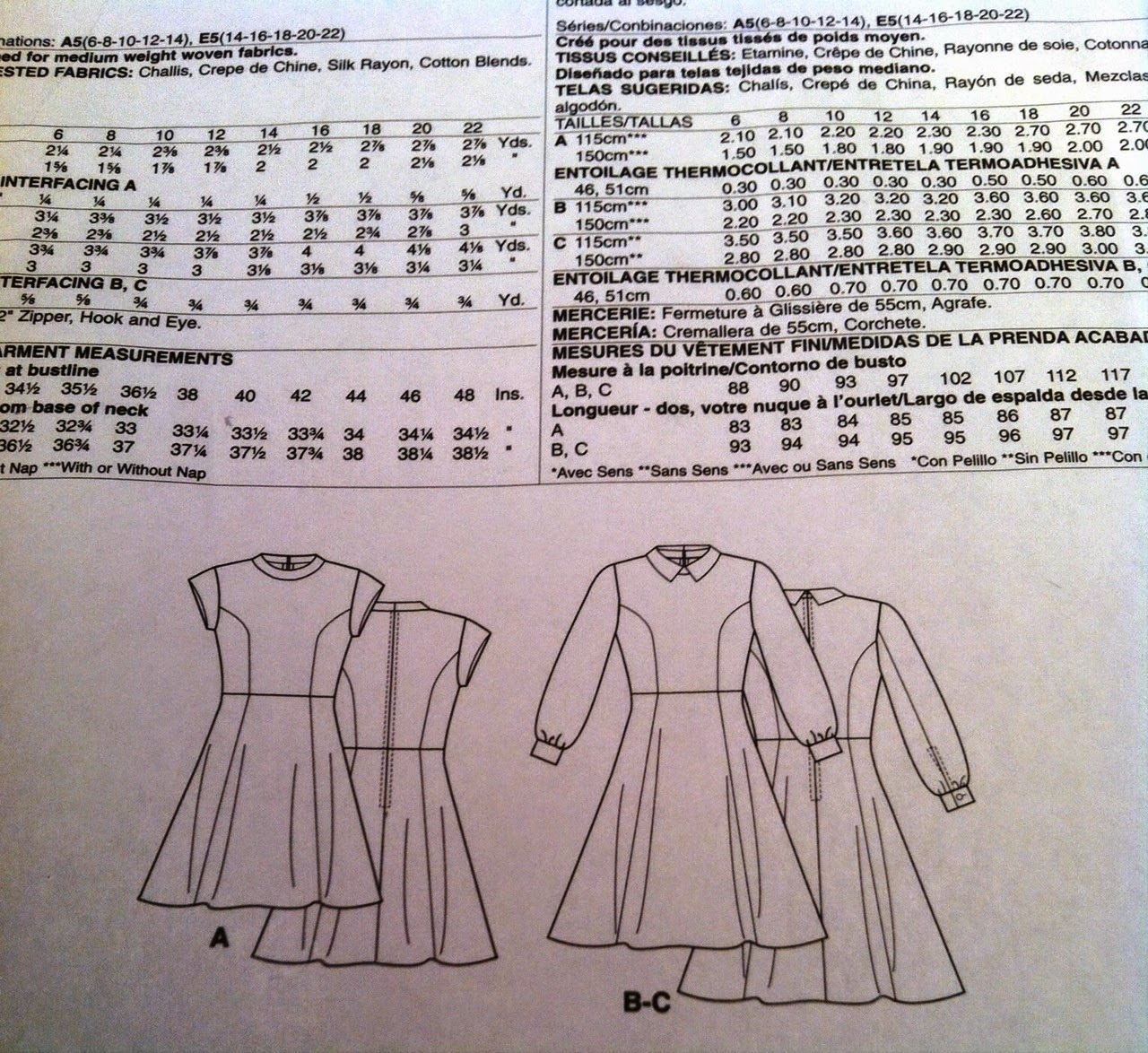 The first thing I did was compare Sweet Daughter's measurements to those on the pattern. I noted the "ease" allowed - 4". Since the bodice was to be snug, I had to eliminate those 4". And since this was designed for a "mature" figure (meaning a waist much smaller than the bust line) I had to make some changes. Since I needed to remove 4" from the chest, but none from the waist, I decided to remove an inch each from the center front and back, and a half inch from the side front and side back pieces. So, I made a quarter inch fold in each of the side pieces at the top, tapering down to nothing at the bottom. I made two of those on the center front and back pieces - one down the center, and one through the shoulder. I also compared the back-waist length from the pattern to SD, and remembering fitting issues I've had in the past, removed the excess from the armseye. I also managed to make these same alterations to the sleeve. It went something like this: 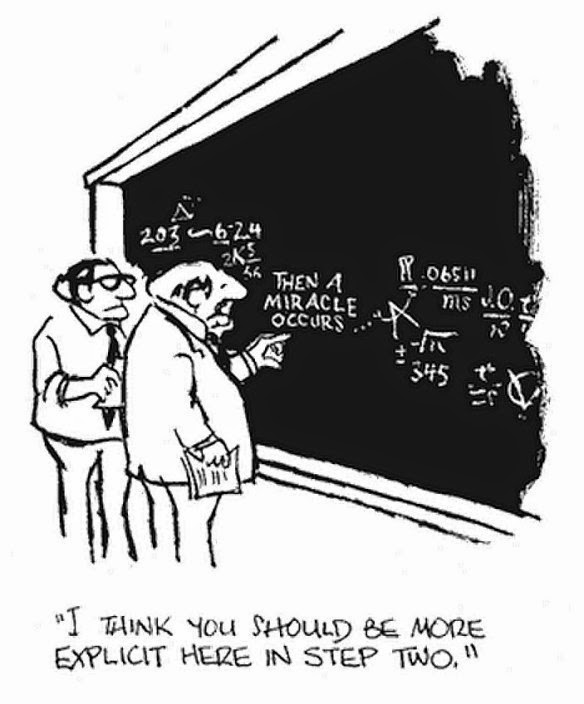 I put some gridded pattern making stuff over the pattern origami, traced my new cutting lines and had new pattern pieces. 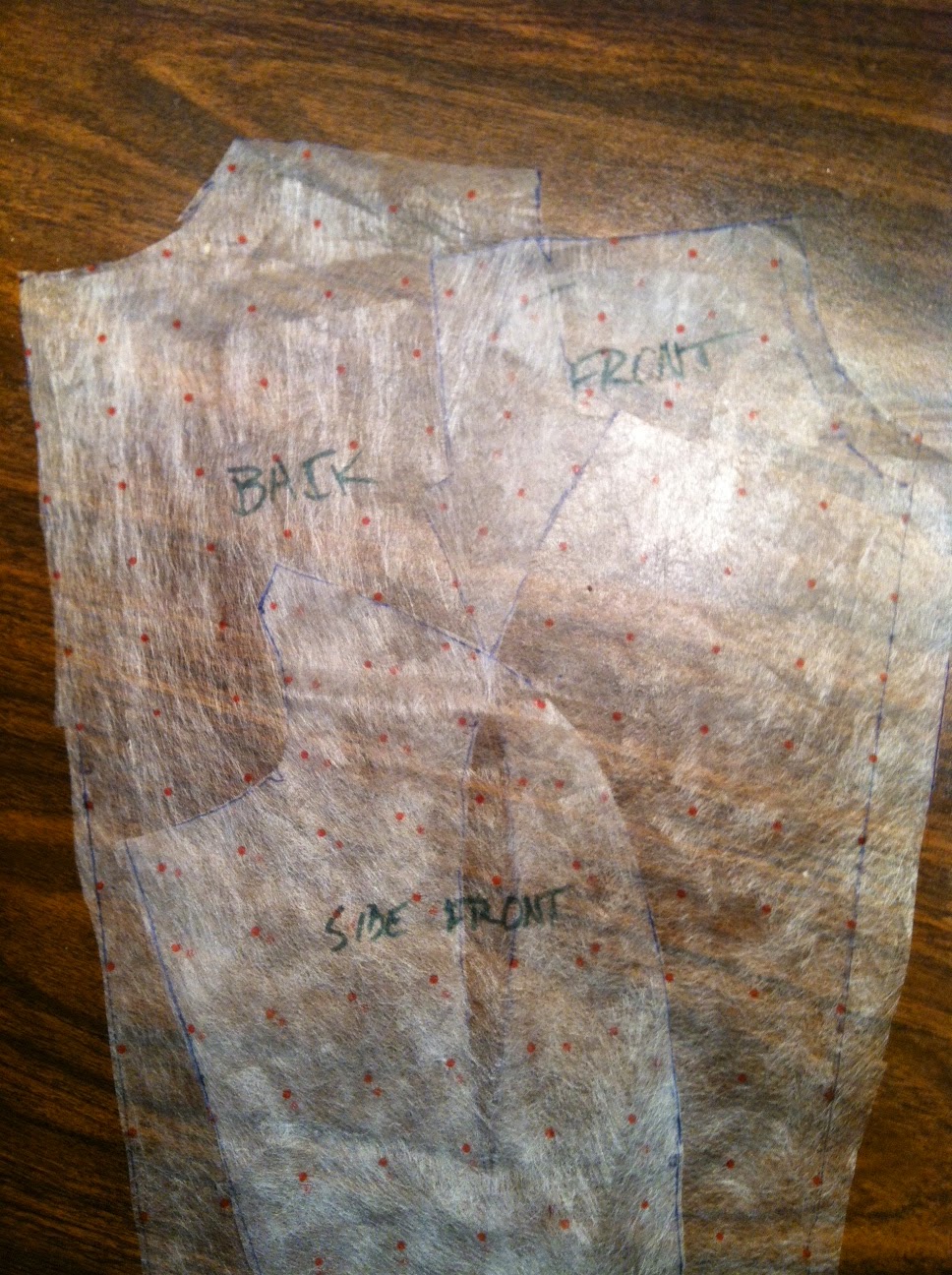 These were cut out of scrap fabric (okay, a sheet that's older than I am that has done past duty as a drop cloth), sewn together and checked for fit.

Lines were drawn, notes were made and another set of pattern pieces made. Another fitting muslin was cut out and sewn, and we nailed it on the second try. Even the sleeve fit! Well, the top half. 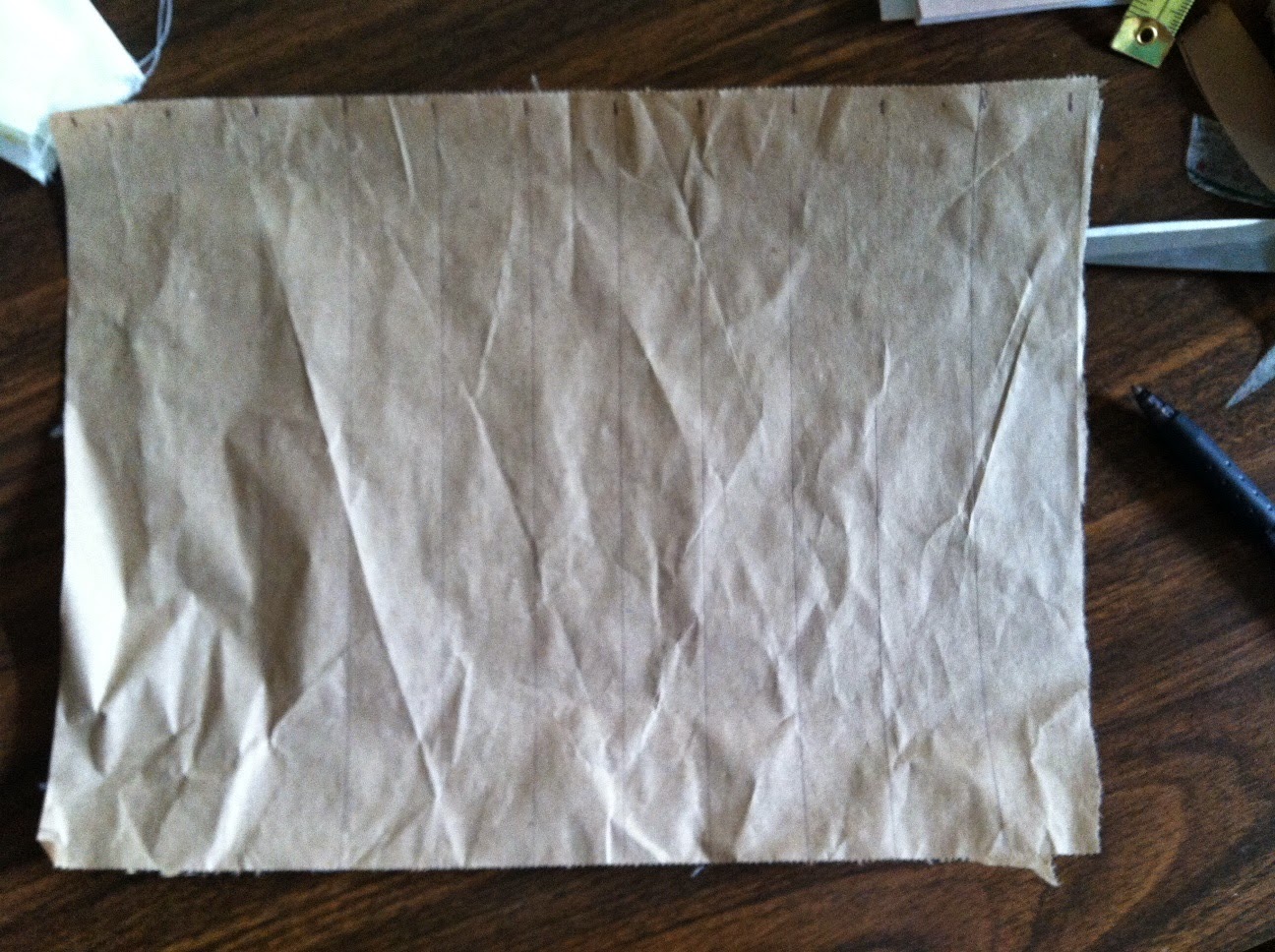 I cut on the lines, and put the slashed piece on another piece of paper. I spread the bottom of each piece a half inch from the next in order to widen the bottom by 50%. 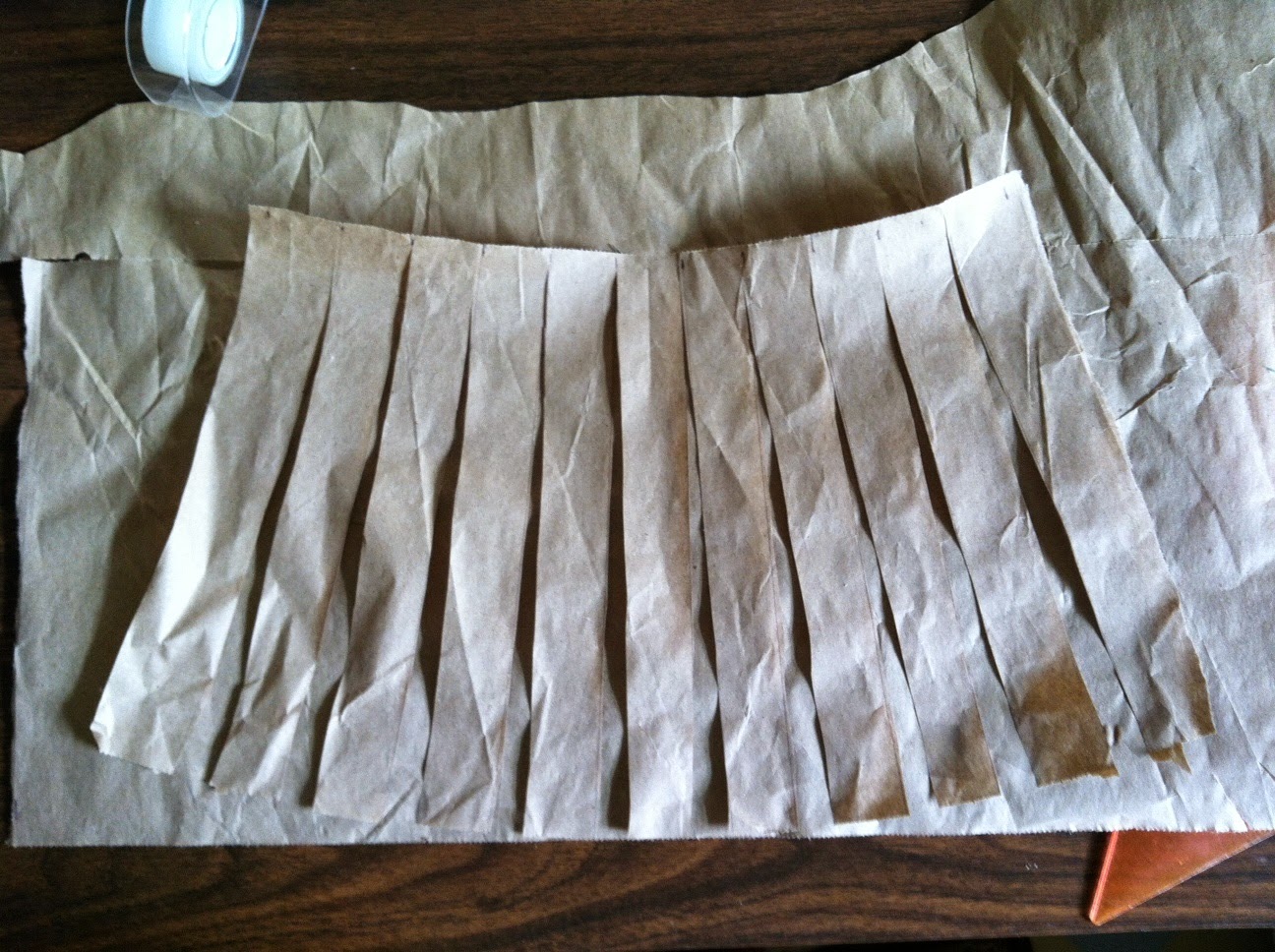 I traced the new outline on the bottom piece of paper and made a new pattern piece.


And ... it worked. Well, it was about an inch short, but that was an easy fix when it came time to cut things out for real. 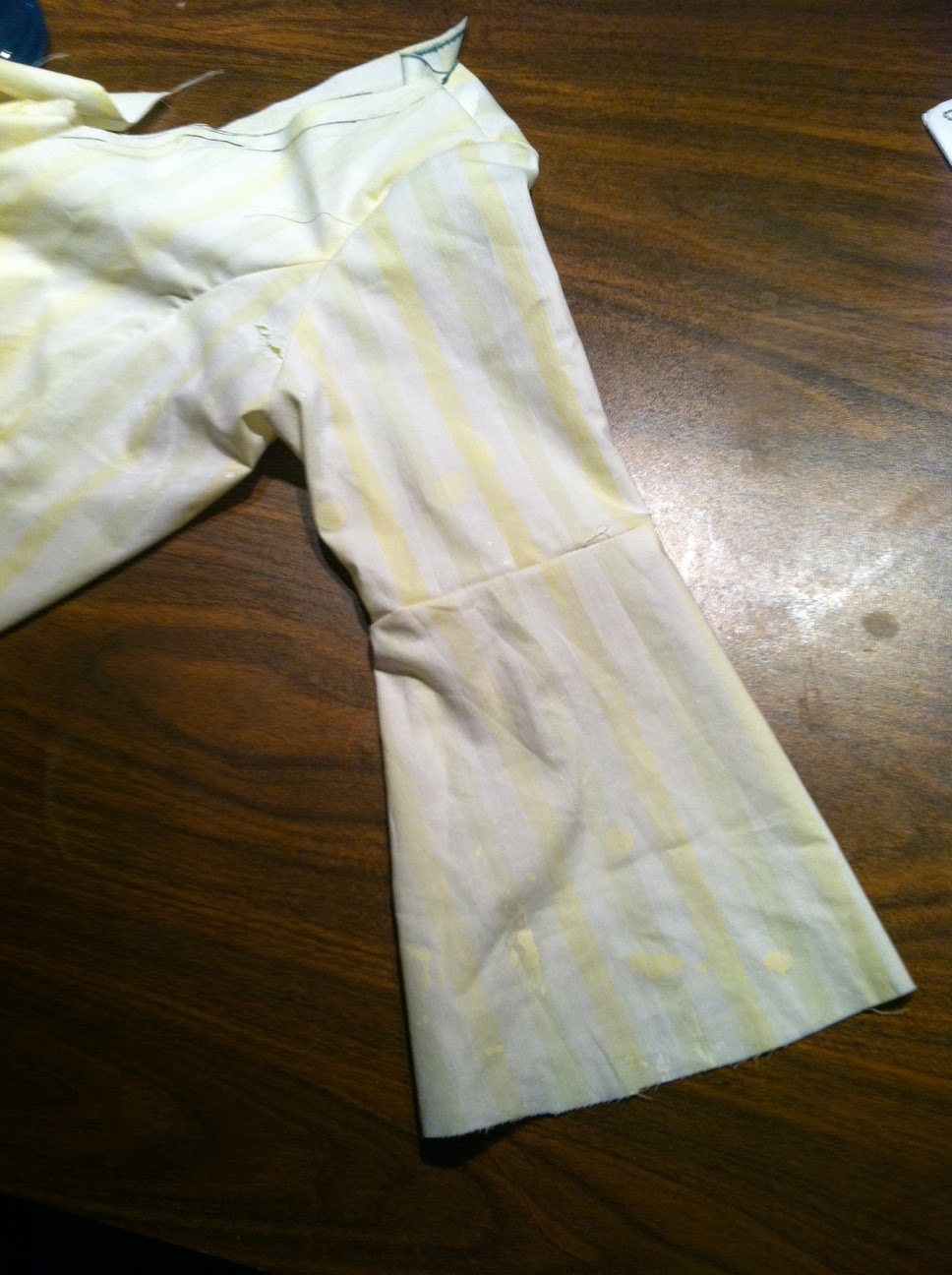 The skirts were much easier. I taped the center and side pieces together, and cut both the center front and center back so they were on the selvage, not a fold. I forgot to remove those extra 4" of ease (D'OH!), so there's some extra overlap in the back, and a bit of puckering on the waistband, but that's all hidden by the bodice, so I resisted the urge to take it all apart and recut it. It's just a costume, right? 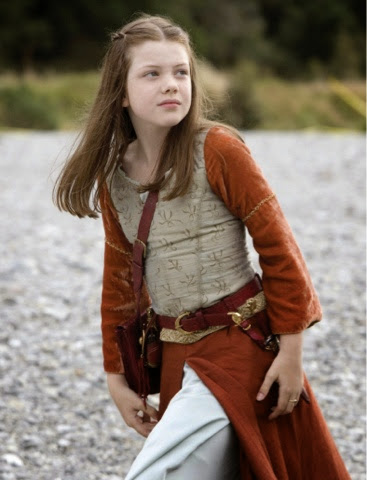 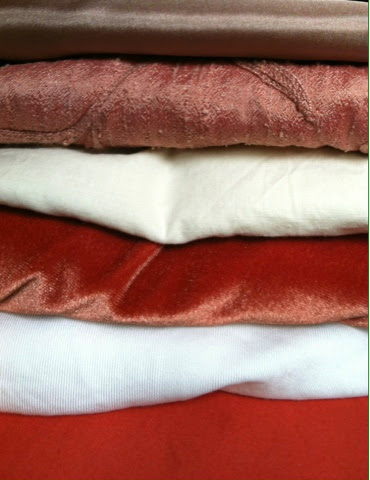 You know how when you're running, and you trip, and you have to do that wild, staggering stride just to keep from falling over until you catch your balance again? That's what it's been like since we got back from the beach.

I'm glad we went at the end of the season, and left the day before Labor Day. It wasn't crowded until Saturday, which made it a whole lot easier to leave on Sunday. Sweet Daughter was really looking forward to going back to school, so she wasn't too torn up about leaving, either. But it's been non-stop ever since. I'm finally caught up on laundry, but remember the water meter issue? It's still leaking, just not as spectacularly. (Thank you to the three neighbors who helped with the issue while I was out of town!) There's food in the house, but the grass needs to be cut, and we've been getting pop-up showers after work. Oh, and the mower's not working (solenoid? safety contact under the seat not engaging?) but the neighbor will look at it when it cools off a bit.

The transition to a new teacher and classmates seems to be going well so far this year, and SD is already plotting and planning her first book report. A few more days, and I'm sure we'll hit our new groove, which is good. I tend to forget just how busy September and October are.